The countdown has begun. Danny has just opened a bottle of one of my favorite wines and I’m supposed to get a blog in before dinner. I’ve had a few sips and I’m feeling the urgency to write quickly as I have recently discovered that blogging before wine…good, wine before blogging…bad. Apparently, after a glass I lose all ability to put an intelligent sentence together and start the majority of them with the word “it”. Danny typically takes a look at my blogs as soon as they are uploaded and the most he’s had to correct is a single typo. Well after a glass of wine on Friday, and a quick blog, I think he doubts my ability to carry this project on. So we learned a couple of things: 1) blog first, wine second, 2) no blogging after 10:00p.m. (I’m just not very sharp as the night draws on). The cork is off so I must hurry. 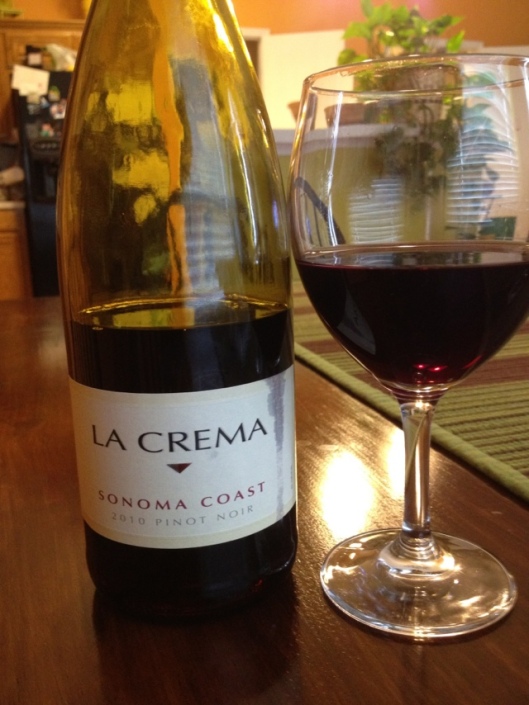 Recently, I tasted some very good macaroni and cheese at a restaurant. Little did I know that when I said that this may be the best mac ‘n cheese I’ve ever had, this statement would strike a chord with him. The very next day I come home to Danny in the kitchen with cheese all around him and a pot of the creamiest pasta I had ever seen. The man sure likes a challenge. He quickly revealed that the whole reason he was making macaroni and cheese was because he didn’t like hearing that someone else made the best dish I had ever tasted. Well, this certainly worked out in my favor for sure. Thank goodness I married a competitive man that spends his days thinking of ways to be my one and only.

I can’t quite tell you everything that is in the macaroni and cheese (but don’t worry because he shared the recipe with us!–it’s added to my Recipe page–link above) but there was a roux, blue cheese, almond milk (for added sweetness), and cheddar on top. The extra cool addition was the perfectly tender and sweet scallops for a boost of protein. I thought it was a clever take on lobster or shrimp that often mixes with the pasta. It is amazingly cheesy and the blue cheese is not overpowering in the least, rather it adds an interesting flavor and creaminess. Even if you’re not a huge fan of blue cheese, I bet you’ll still be in love with this recipe. I have NEVER had any mac ‘n cheese that tasted this good!!! There you have it dear, you’ve done it again. 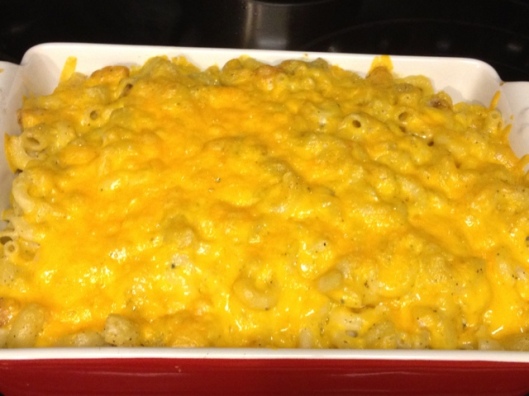 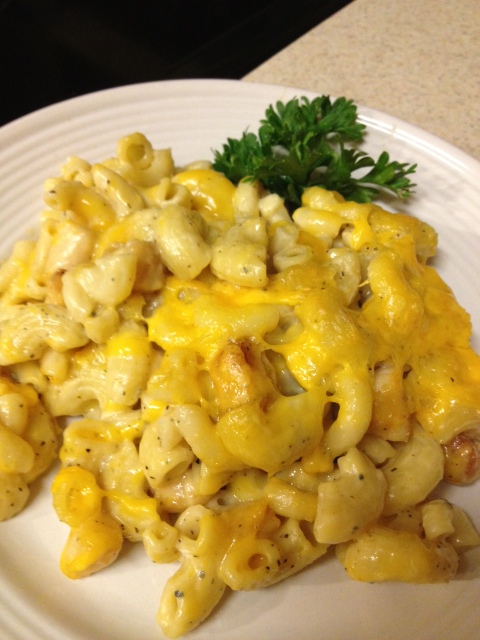 And to everyone out there reading….you MUST make this. Everyone deserves to eat something that tastes this good!

Now, on to the rest of my glass…